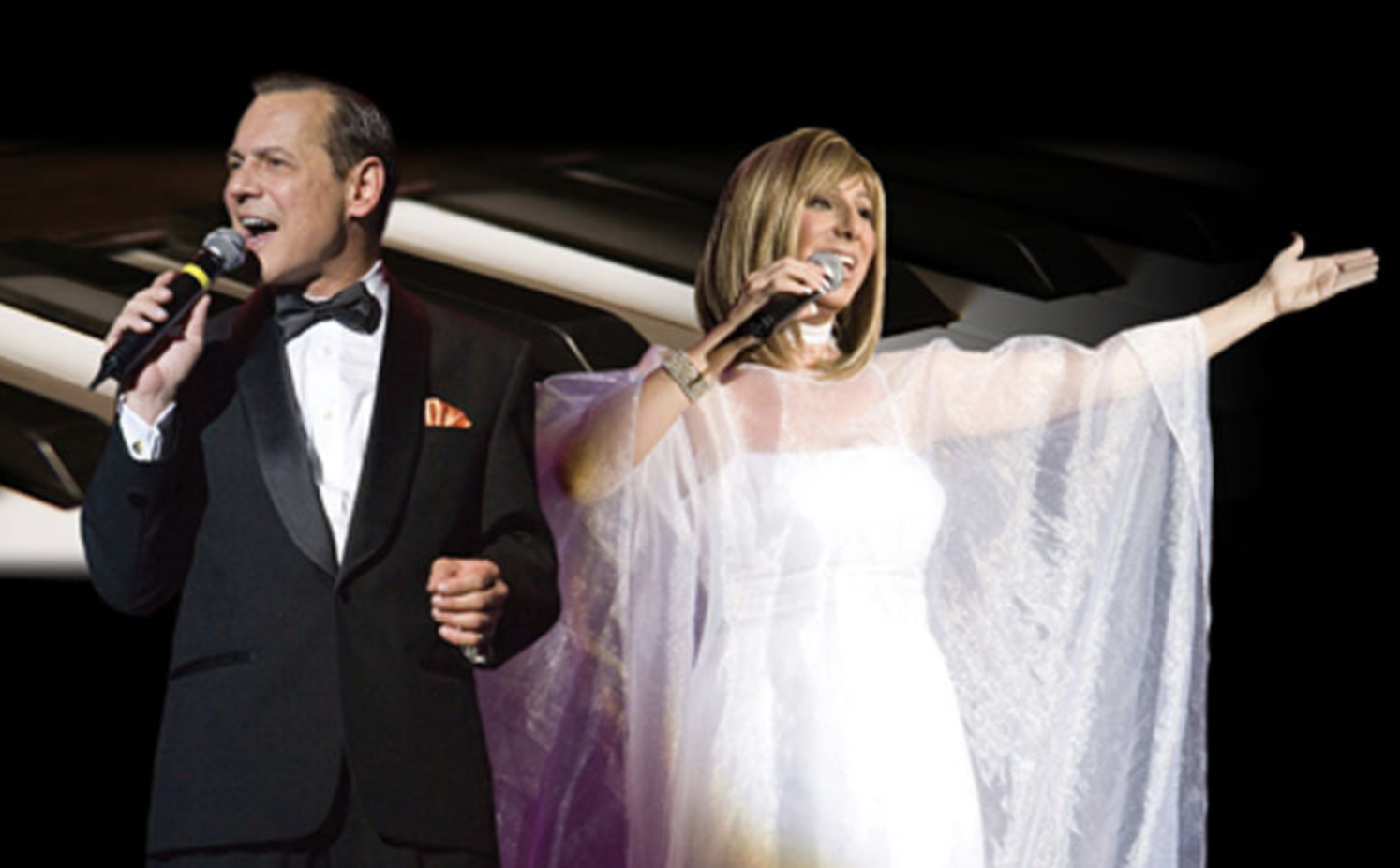 Two of the most powerful voices in the world never performed together…until now!  You won’t believe your eyes and ears when Sharon Owens and Sebastian Anzaldo step on the stage to become Barbra Streisand and Frank Sinatra.

Two of the most impressive celebrity impersonators in the business, Sharon and Sebastian travel the world performing their uncanny tribute to Barbra and Frank.  The two icons never really worked together, except when they taped a duet in separate recording sessions, but it’s tantalizing to think what it would have been like to have Barbra Streisand and Frank Sinatra teamed up for a concert tour.  Just imagine the possibilities. Would one have outshone the other? Would their onstage banter have been friendly or a bit snippy?  As What’s On magazine states, “As good as the music is, the banter between the stars is equally memorable.”

One of the top Sinatra interpreters in the country, Sebastian swings and croons his way through many of Frank’s greatest hits.  His classy presentation is perfect…right down to the famous Sinatra smile and twinkle in his eye.

Sharon as Barbra is one fantastic funny girl who was crowned the winner of the hit TV show on Fox called “Performing As…” Her national success has created a whirlwind of Barbra fans waiting to see Sharon’s famous tribute. Since her TV success, she has been seen on Access Hollywood, Extra, and Entertainment Tonight.

Together, Sharon and Sebastian allow everyone to experience the magic of two of the world’s most iconic performers…. a chance to relive all of your favorite songs by the show voted “best tribute show” in Las Vegas…or anywhere else for that matter!